Furthermore, Parkwind, Sumitomo Corporation and Aspiravi came to a deal on the Northwind offshore wind farm. In the new shareholding Parkwind and Sumitomo Corporation each have 30% and Aspiravi 40% of the shares. At the same time Aspiravi and Parkwind will ensure the operations and maintenance of the wind farm in close collaboration as well, through a joint venture that has been created for this purpose.

The Belwind project is located on the Bligh Bank in the Belgian Exclusive Economic Zone of the North Sea, approximately 46km off the coast of Belgium and has a production capacity of 165MW. The Northwind project is also located in the North Sea, on the Lodewijk Bank, approximately 37km off the Belgian coast and has a capacity of 216MW. The Belwind project has been in operation since late 2010. The construction of the Northwind project was completed at the end of June 2014 and is now also in operation. The project cost for Belwind was c.650mil Euro and the project cost for Northwind was c.850mil.

The two wind farms comprise 127 wind turbines that are based on monopile foundations. The turbines used in the wind parks are the Vestas V90 for Belwind and the V112 – manufactured by MHI Vestas which is a joint venture between Mitsubishi Heavy Industries and Vestas – for Northwind. The electricity generated is sold through long term agreements to Electrabel and corresponds to the needs of approximately 370,000 households.

Sumitomo Corporation is a leading global company engaging in multifaceted business activities. They sell a variety of products and services, conduct import/ export and trilateral business transactions, provide international business investment, and participate in numerous other profitable activities facilitated by their global network and the relationships of trust built with corporate business partners and consumers in various industrial sectors around the world.

The Aspiravi Group develops, invests in, realises and operates projects for producing green energy. This mainly concerns a biomass plant and wind energy projects spread throughout Belgium, in the North Sea and abroad. The total installed capacity of all installations the Aspiravi group is involved in, is 466 MW, which is the production of green electricity equivalent to an average annual use of 425,000 households. Thanks to the renewable energy produced by all installations, the emission of CO2 is reduced with 680,000 tonnes every year. 96 Belgian municipalities represented by their holdings CREADIV, EFIN, FINEG, NUHMA and the VEH (Vlaamse Energie Holding) are the shareholders of the Aspiravi Group. (www.aspiravi.be)

Parkwind develops, builds and operates offshore wind parks and is jointly controlled by its shareholders Colruyt Group (COLR:BR), Korys, the investment holding of the Colruyt family, and the Flemish investment fund PMV.

PMV is a Flemish investment company. It finances promising entrepreneurs from the very start through the growth and to the internationalization of their business. It also invests in large infrastructure projects and real estate. PMV focuses on the sustainable economic development of Flanders, with demonstrable added value for the economy and society. In this framework the fund is particularly interested in renewable energy. PMV has assets of EUR 900 million under management.

Colruyt Group operates in the food and non-food distribution sector in Belgium, France and Luxembourg with about 470 own stores and over 500 affiliated stores. In Belgium this includes Colruyt, OKay, Bio-Planet, Dreamland, Dreambaby and the affiliated stores Spar and Eurospar. In France, in addition to approximately 70 Colruyt stores, there are also affiliated, independent Coccinelle, CocciMarket and Panier Sympa stores. The group is also actively involved in the foodservice market (supplying food products to hospitals, company canteen kitchens, catering businesses) in France (Pro à Pro) and in Belgium (Solucious). The other activities include the sale of fuels (DATS 24), digital print and document management solutions (Symeta) and the production of green energy. The group employs over 27.000 employees and recorded EUR 8,7 billion revenue in 2013/14. Colruyt is listed on NYSE Euronext Brussels (COLR) under ISIN code BE0974256852.

Korys is the investment holding of the Colruyt family and it holds a differentiated portfolio of investments intended to create sustainable value. The 3 P’s (Planet, People, Profit) are the cornerstone of the investment strategy of Korys. In this respect, the participation of Korys in Parkwind is a perfect example of the type of investments Korys pursues. 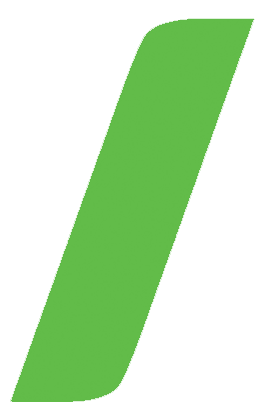